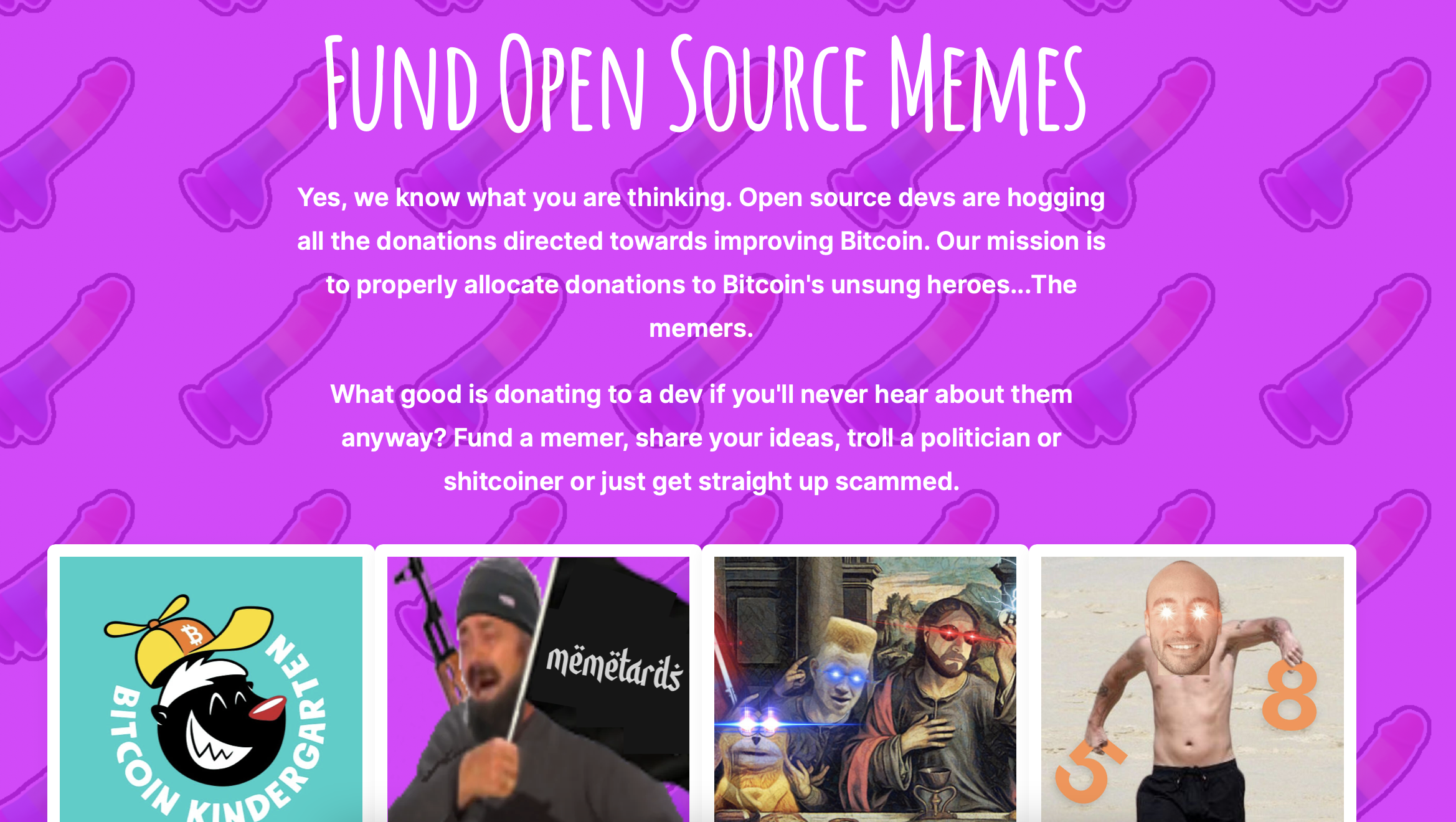 They even go so far as to boast “take this seriously, or stay dum bish” at the bottom of the website. Revolting behavior if you ask this reporter.

When reached out for comment on my concerns that opensourcememes.com was displaying poor behavior, co-founder Optimist Fields responded “smd bish” which I’m still trying to decipher. Their website purports to be in some sort of partnership with btckindergarten.com, a website that has a section called “the Teacher’s Lounge” along with other sexual innuendo.

I will report back as I learn more of this dangerous group.